Celiac disease remains the dominant small intestinal pathology. Can celiac disease also be diagnosed in adults without histology as recommended in the ‘biopsy-sparing’ guidelines for children? A recent study revealed that high anti-tissue transglutaminase and anti-endomisial antibodies in HLA-DQ2/DQ8 symptomatic patients correlated with villous atrophy in over 90%, and that increasing levels of anti-tissue transglutaminase were paralleled by increasing severity of duodenal damage. Despite such findings, duodenal histology (1–2 biopsies in the bulb and 4 biopsies from the second duodenum) is still the gold standard in adults because: anti-tissue transglutaminase antibodies can be false positive, biopsies can rule out coincidental pathologies, comparison of initial biopsies with subsequent biopsies may be useful as up to 30% of adult celiacs may have persistent atrophy despite gluten-free diet, and biopsies are necessary for the diagnosis of complications such as refractory celiac disease and enteropathy-associated T-cell lymphoma.
Non-celiac gluten (wheat) sensitivity is a condition in which ingestion of gluten induces gastrointestinal and extra-intestinal symptoms, and complaints occur in the absence of celiac disease or wheat allergy. The clinical picture may overlap with irritable bowel syndrome. So far there are no reliable biomarkers to identify such individuals. The pathogenesis is not completely understood and the culprit molecule is unknown (gluten?, fructans in FODMAPS?, amylase trypsin inhibitors?). In last year’s highlights (Gastro Update Europe 2017) it was mentioned that of such gluten-free diet responders, only 14% relapsed upon gluten challenge, raising doubt that gluten is the culprit in the majority of such gluten-sensitive patients. Fructans, rather than gluten, were shown to induce symptoms in such patients with self-reported non-celiac gluten sensitivity. Currently consumption of gluten-free food products is highly promoted in the community without consideration of potentially negative long-term con-sequences. Indeed, a recent prospective study indicated that high gluten consumption was associated with a decreased risk of coronary heart dis-ease. Avoidance of gluten may result in reduced consumption of beneficial whole grains, which may affect cardiovascular risk. The promotion of gluten-free diets among people without celiac disease should not be encouraged.
A severe sprue-like enteropathy may occasionally occur in patients treated with Olmesartan (an angiotensin receptor blocker), rarely with telmisartan or valsartan. Results of epidemiological studies however remain conflicting. The incidence appeared to be higher in older patients, those treated for longer periods and those receiving high cumulative doses. Although the absolute rate is low, Olmesartan should always be considered as a potential cause when evaluating patients with enteropathy.
Management of small bowel angiodysplasia remains problematic. Rebleeding occurs in 20–40% despite (optimal?) endoscopic therapy. A prior meta-analysis suggested that somatostatin analogs could reduce rebleeding and transfusion requirements; this was confirmed in a recent placebo-controlled trial which evaluated the efficacy and safety of pasireotide-LAR (long acting release) in patients with refractory bleeding. A decrease of at least 30% of pRBC (packed red blood cells) transfusion was obtained in 83% with pasireotide-LAR compared to 25% with placebo. New is the emerging role of thalidomide in the treatment of patients with challenging gastrointestinal bleeding. The current therapeutic algorithm is illustrated on scheme 1 [1].
A European consensus group recommends fecal microbiota transplantation (FMT) for both mild and severe recurrent clostridium difficile infection, to be carried out also in clinical practice. FMT can be done in different ways. A recent controlled trial compared the effect of oral capsule FMT versus colonoscopy-delivered FMT. Prevention of recurrent infection after a single treatment was obtained in 96%, both for the capsule group and the colonoscopy group. A significantly greater proportion of participants receiving capsules rated their experience as ‘not at all unpleasant’ (66 vs. 44%).
Is fecal microbiota transplantation helpful in ulcerative colitis? Two prior trials, using one donor for every patient, gave rather conflicting outcomes. Recently, a placebo-controlled trial with multi-donor intensive fecal microbiota transplantation was carried out in active ulcerative colitis. Steroid-free clinical remission and endoscopic remission or response was seen in 27% after FMT, vs. 8% after placebo. Combining all available studies in ulcerative colitis would indicate a 20% increase in combined clinical remission and endoscopic remission/response. To identify those colitis patients that will respond to FMT and the optimal FMT technology will require substantial further research before such therapy can be used in clinical practice, but the results so far obtained are intriguing and challenging.
Is fecal microbiota transplantation helpful in irritable bowel syndrome? A placebo controlled trial was carried out in patients with diarrhea, or with diarrhea and constipation, scored as moderate to severe. The fecal transplant was administered by colonoscopy to the cecum. A reduction in symptoms after 3 months was observed in 65% after FMT compared to 43% after placebo. Here again, many more studies will be necessary focusing on proper patient selection, proper FMT technology and proper evaluation of the long-term outcome before FMT is ready for prime time therapy. 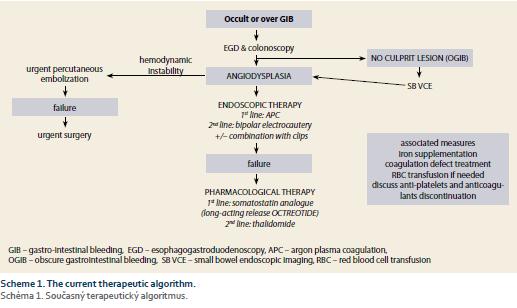